The Waupaca Chain o' Lakes are a series of 22 interconnected spring-fed lakes in central Wisconsin. The lakes' crystal clear waters, steep tree-covered banks, and other unique natural properties have long attracted people to their shores, starting with th 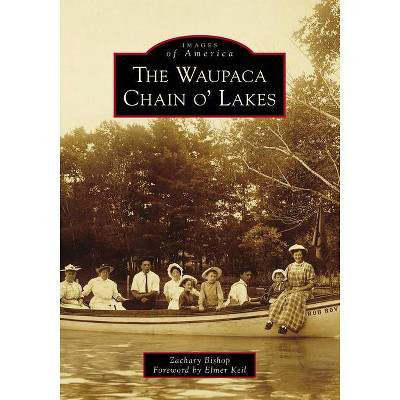 About The Waupaca Chain O' Lakes by Zachary Bishop (Paperback)

The Waupaca Chain o' Lakes are a series of 22 interconnected spring-fed lakes in central Wisconsin. The lakes' crystal clear waters, steep tree-covered banks, and other unique natural properties have long attracted people to their shores, starting with th 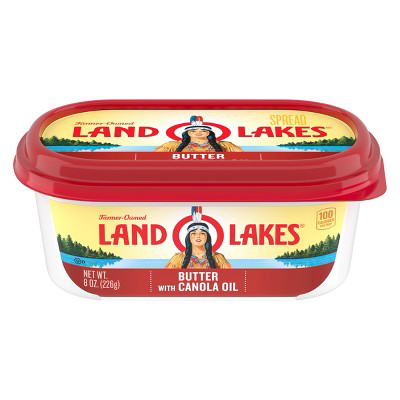 Spread delicious flavor onto your morning toast without the hassle of waiting for your butter to soften with the Spreadable Butter with Canola Oil from Land O' Lakes®. Made with only three ingredients, you can feel good knowing exactly what you're eating. This delicious butter, made with sweet cream, canola oil and salt, spreads easily, even when you've just taken it out of the refrigerator, for instant flavor on rushed mornings.<br><br>PACKAGING MAY VARY BY LOCATION 50% less fat and calories than regular butter Rich creamy spread Soft right out of the refrigerator Contains: Milk Form: Spread State of Readiness: Ready to Eat Store: Refrigerated Package Quantity: 1 Pre-package preparation: Salted Milk fat level: 1 Percent Net weight: 8.0 ounces 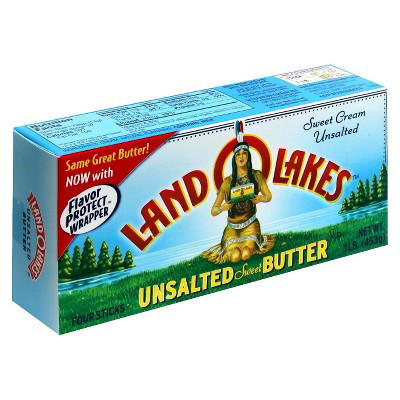 For all of your cooking, baking and snacking needs, make sure you keep Land O' Lakes Unsalted Sweet Butter. With four sticks of butter, you can keep one on a butter dish for your toast in the morning and the rest in the fridge so you'll be ready to make some cookies at a moment's notice. This unsalted butter is the perfect way to add the taste you love without overpowering any other flavors.<br><br>PACKAGING MAY VARY BY LOCATION Unsalted sweet cream butter is perfect for baking, cooking and snacking 4 sticks so you'll always have some on hand Flavor Protect Wrapper keeps everything tasting just right Contains: Milk Form: Stick State of Readiness: Ready to Eat Store: Refrigerated Package Quantity: 4 Pre-package preparation: Unsalted Milk fat level: Whole Net weight: 16.0 ounces 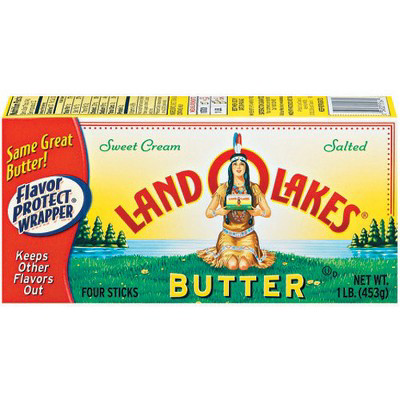 For baking, cooking and a better bite of your morning toast, look no further than Land O' Lakes® Salted Sweet Cream Butter. This full-flavored butter is made with sweet cream and churned with salt for a rich taste that will add complexity to any recipe. The Flavor Protect Wrapper® keeps each stick protectively wrapped to ensure external flavors in your fridge stay out. Try in cakes and muffins for a tender crumb or on your next grilled cheese for a crisp and golden crust.<br><br>PACKAGING MAY VARY BY LOCATION  A blend of rich, real butter and canola oil for a deliciously light taste Contains 50% less fat and calories than standard butter  This soft, spreadable butter is ideal for swirling over muffins, biscuits and toast Contains: Milk Form: Stick State of Readiness: Ready to Eat Store: Refrigerated Package Quantity: 4 Pre-package preparation: Salted Package type: Multi-Pack Multi-Serving Net weight: 1.0 Pounds 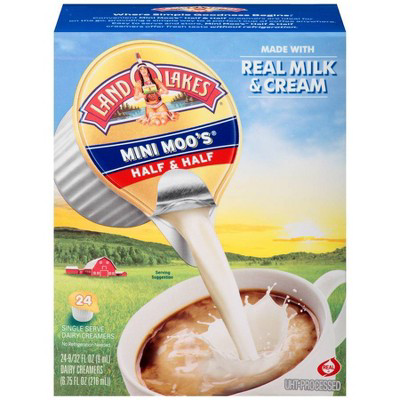 Add a touch of creamy flavor to your morning coffee with Land O Lakes Mini Moo’s Half & Half. Made with real milk and cream, these conveniently packaged creamer singles make every cup a rich delight full of smooth, creamy flavor. They come in shelf-stable packaging, making them perfect for use in offices or on the go. A delicous and easy way to perk up your cup: Land O Lakes Mini Moo’s Half & Half tastes great in coffee, tea, hot cocoa, and more Rich, creamy, and smooth: This half & half is full of delicious flavor The great taste of real ingredients: Mini Moo’s Half & Half is made with real milk and cream No refrigeration needed: These coffee creamer singles come in shelf-stable packaging Great for sharing: A perfect fit for the office break room, lounges, or your home pantry Grade A Contains: Milk Form: Liquid State of Readiness: Mix Store: Room Temperature Package Quantity: 24 Package type: Multi-Pack Single Servings Milk fat level: Low Fat Net weight: 12 fl oz (US) Beverage container material: Plastic 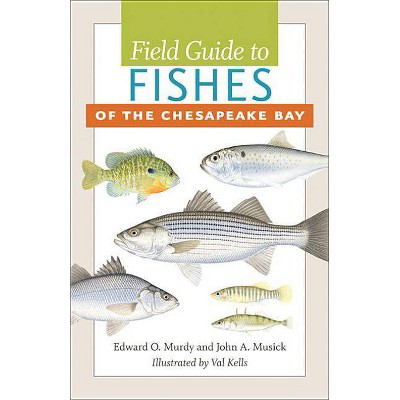 <p>The only comprehensive field guide to the Chesapeake's fishes, this book is an indispensable resource for both anglers and students of the Bay. Vivid illustrations by Val Kells complement the expertise of researchers Edward O. Murdy and John A. Musick. They describe fishes that inhabit waters ranging from low-salinity estuaries to the point where the Bay meets the Atlantic Ocean. </p><p>Key features of this field guide include<br>- full-color illustrations of more than 200 species<br>- text that is presented adjacent to illustrations for easy reference<br>- detailed descriptions of physical characteristics, range, occurrence in the Bay, reproduction, diet, and statistics from fisheries research<br>- spot illustrations that highlight critical features of certain fish<br>- illustrations of juveniles when they look different from adults<br>- appendices that include identification keys </p><p>Formatted as a compact field guide for students, scientists, researchers, and fishermen, <i>Field Guide to Fishes of the Chesapeake Bay</i> should be a standard passenger on any boat that plies the Chesapeake's waters.</p> Number of Pages: 345 Genre: Nature Sub-Genre: Animals Format: Paperback Publisher: Johns Hopkins University Press Age Range: Adult Book theme: Fish Author: Edward O Murdy & John A Musick Language: English 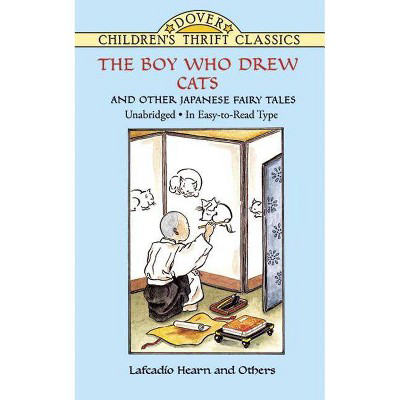 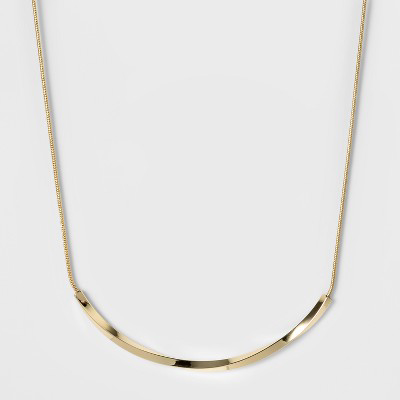 Add a subtle shining accessory to your look with this Fashion Chain Necklace from A New Day&#153;. A simple snake chain is finished off with a sleek, twisting bar that gently curves at the bottom of the necklace. Pair this necklace with a variety of tops, dresses and necklines for a stunning look that can be dressed up or down. 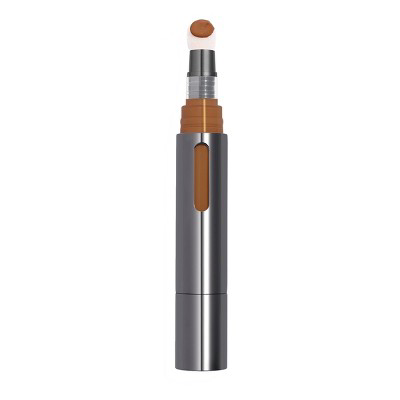 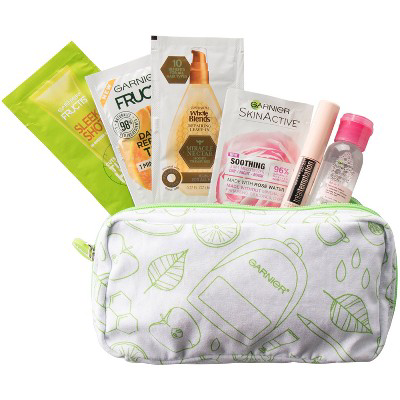