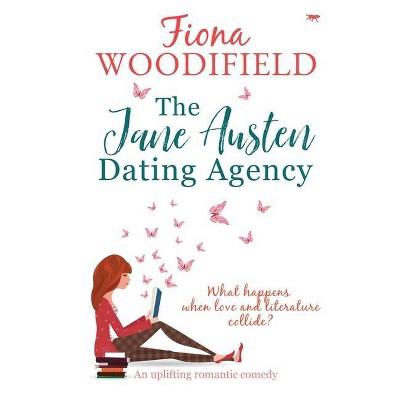 About The Jane Austen Dating Agency by Fiona Woodifield (Paperback) 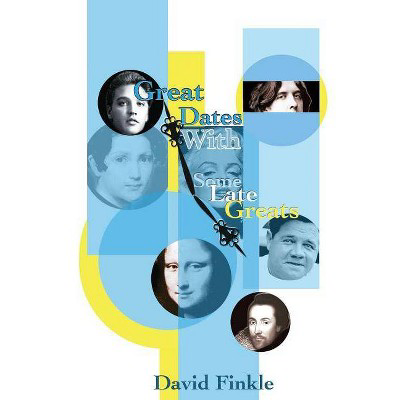 Great Dates With Some Late Greats by David Finkle (Paperback)

<p>Speed dating with Jane Austen and watching Marilyn Monroe fulfill her life's dream of playing Hamlet on a New York stage, while Babe Ruth plays sandlot baseball with a group of New Jersey teenagers are only a sample of the wonderful stories to be found in David Finkle's new collection. Homer, Machiavelli, Harry Truman, Mona Lisa, and many more are brought to life in the 21st Century to bring their perspectives, opinions, and personalities to an unassuming narrator who can not believe his good fortune. After all, wouldn't we all like to meet Elvis, or Jesus for that matter? Told with Finkle's signature wit and sharp eye for the ironic and absurd in life, Great Dates With Some Late Greats will inspire readers' imagination and leave them laughing for more.David Finkle is a writer and journalist focusing on the arts and politics. Based in Manhattan, he is the author of People Tell Me Things, a story collection, The Man With the Overcoat, a novel, and Humpty Trumpty Hit a Brick Wall, rhyming verses and illustrations about the Trump White House. Finkle is currently a theater critic for the New York Stage Review and he has contributed to many publications, including The New York Times, The New York Post, The Village Voice, The Nation, The New Yorker, New York, Vogue, Harper's Bazaar, and American Theatre.</p> Number of Pages: 258 Genre: Fiction + Literature Genres Sub-Genre: Short Stories (single author) Format: Paperback Publisher: Plum Bay Publishing, LLC Age Range: Adult Author: David Finkle Language: English 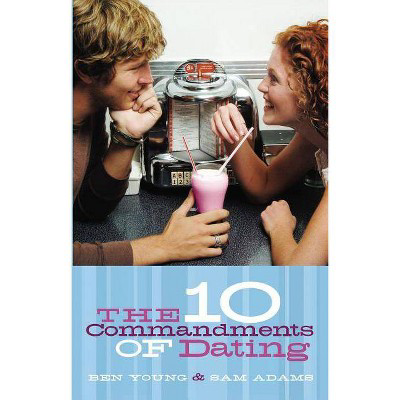 <p><i>The 10 Commandments of Dating Student Edition</i> provides you with ten time-tested relationship laws that protect you from the pitfalls of modern dating and will help you practice good relationship habits for the future. This book gives you practical, no-nonsense advice on how to build positive relationships with the opposite sex. If you keep the T\ten commandments, you will be on the road to making wise dating decisions! </p><p><strong>Sales of Author's Previous Books: </strong></p><p><em>The 10 Commandments of Dating, </em> 116,000+ units sold</p> Number of Pages: 144 Genre: Juvenile Nonfiction Sub-Genre: Social Topics Format: Paperback Publisher: Thomas Nelson Age Range: Adult Book theme: Dating & Relationships Author: Ben Young & Samuel Adams Language: English 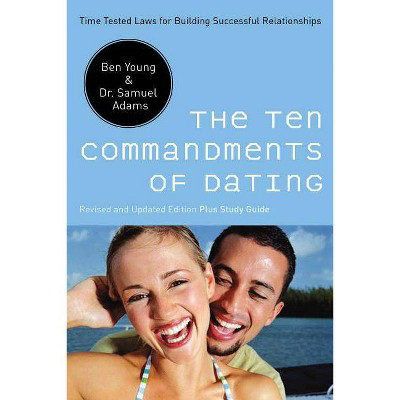 <p><em>The Ten Commandments of Dating, </em>completely revised and updated, offers hope and sanity to singles who are sick and tired of the dating scene.</p><p>Many people are tired of pouring time, energy, and money into relationships that start off great and end with heartache. Because of that, they need <em>The Ten Commandments of Dating</em> to give them the hard-hitting, black-and-white, practical guidelines that will address their questions and frustrations about dating.</p><p>Revised and updated for a new generation of daters, this guide will help men and women keep their head as they search for the desires of their hearts. <em>The Ten Commandments of Dating </em>isn't more relationship advice; it's relationship common sense.</p><p>If people keep the ten commandments of dating, their relationships will run more smoothly, they will be protected from the pain of contemporary dating pitfalls, and they'll be on their way to building living, lasting relationships.</p> Number of Pages: 209 Genre: Religion + Beliefs Sub-Genre: Christian Life Format: Paperback Publisher: Thomas Nelson Age Range: Adult Author: Ben Young & Samuel Adams 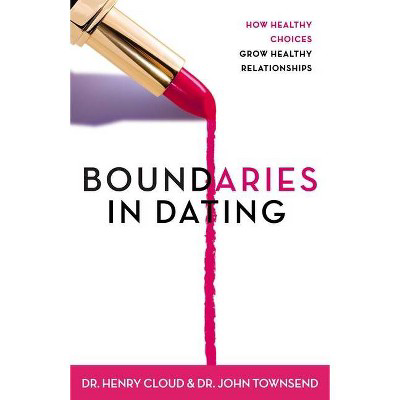 <p><strong><em>Boundaries in Dating</em></strong><strong> offers illuminating insights for romance that can help you grow in freedom, honesty, and self-control as you pursue a healthy dating relationship that will lead to a healthy marriage.</strong></p><p>Dating can be fun, but it's not easy. Meeting people is just one concern. Once you've met someone, then what? What do you build? Nothing, a simple friendship, or more? How do you set smart limits on physical involvement? Financial involvement? Individual responsibilities?</p><p>Respected counselors, popular radio hosts, and bestselling authors Henry Cloud and John Townsend apply the principles described in their Gold Medallion Award-winning <em>Boundaries</em> to matters of love and romance. Helping you bridge the pitfalls of dating, <em>Boundaries in Dating</em> unfolds a wise, biblical path to developing self-control, freedom, and intimacy in the dating process. <em>Boundaries in Dating</em> will help you to think, solve problems, and enjoy the journey of dating, increasing your abilities to find and commit to a marriage partner.</p><p>Full of insightful, true-life examples, this much-needed book includes such topics as: </p><ul><li>Recognizing and choosing quality over perfection in a dating partner</li><li>How to ensure that honest friendship is one vital component in a relationship</li><li>Preserving friendships by separating between platonic relationships and romantic interest</li><li>Moving past denial to deal with real relational problems in a realistic and hopeful way</li><li>. . . and much more!</li></ul><p>Plus, check out <em>Boundaries</em> family collection of books dedicated to key areas of life - marriage, raising kids, parenting teens, and leadership. Workbooks and Spanish editions are also available.</p> Number of Pages: 288 Genre: Religion + Beliefs Sub-Genre: Christian Life Format: Paperback Publisher: Zondervan Age Range: Adult Author: Henry Cloud & John Townsend Language: English 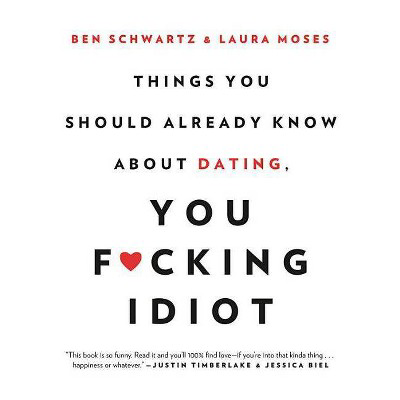 Things You Should Already Know about Dating, You F*cking Idiot by Ben Schwartz & Laura Moses (Pape

<strong>A hilarious illustrated collection of tips for successfully navigating the dating world as a millennial.</strong> <p/> For single millennials, this situation is all too familiar: You're on a date. It's going well! Then suddenly your date looks at you like you're a f*cking idiot and you never hear from that person again. Guess you're going to die alone, right? Maybe not! Humble authors Ben Schwartz and Laura Moses have written a book to save the future of the human race: <i>Things You Should Already Know About Dating, You F*cking Idiot</i>, a collection of 100 dating tips--complete with illustrations--that teaches clueless guys and girls the dos and don'ts of dating. In their book, Ben and Laura cover all the basics, from "Why are you texting in just Emojis, dummy?!" to "Stop playing games, idiot!" and, of course, "PUT YOUR PHONE DOWN, A**HOLE!" Simply put, this book will make you laugh and finally give you a fighting chance at not dying alone. Number of Pages: 160 Genre: Humor Sub-Genre: Topic Format: Paperback Publisher: Hachette Books Age Range: Adult Book theme: Men, Women & Relationships Author: Ben Schwartz & Laura Moses Language: English 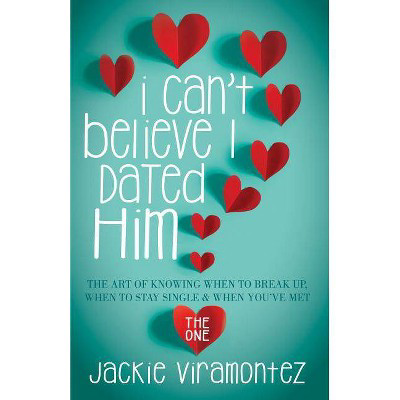 I Can't Believe I Dated Him by Jackie Viramontez (Paperback)

<i>I Can't Believe I Dated Him</i> includes the practical insights of Brene Browne's The Gifts of Imperfection, the heart-centered tools of Melody Beattie's Codependent No More, and the scientifically backed modalities of Nick Ortner's Tapping Solution. No matter how much we learn about dating, boundaries, and calling in the one, we wind up attracting the wrong men. When this happens, we are tempted to beat ourselves up. Don't. What if the frustration is the very emotion you need to change your future relationship status?</p> Every relationship leaves us with new standards, boundaries and trust issues. While we hope to have a healthy relationship in the future, we are afraid of getting too excited. The past teaches us that high standards lead to disappointment. In <i>I Can't Believe I Dated Him</i>, relationship expert Jackie Viramontez explores how doubt, empathy and regret are showing up for for a different reason than what we might think.</p> By embracing the power of our emotions, laughing at our imperfections, and being courageously authentic, we transform relationship issues into opportunities. Viramontez' seven choices, empower women to break up with the wrong men and to celebrate the right ones. We never again have to ask: </p> <li>Why do I keep dating cheaters?</li> <li>Am I dating a narcissist?</li> <li>Am I dating the right guy?</li> <li>How do I rebuild trust?</li></p> If you are tired of dysfunctional relationships, <i>I Can't Believe I Dated Him</i> is a practical guide to experience a relationship grounded in confidence, emotional intelligence and authenticity. Number of Pages: 200 Genre: Family + Relationships Sub-Genre: Love & Romance Format: Paperback Publisher: Morgan James Publishing Age Range: Adult Author: Jackie Viramontez Language: English 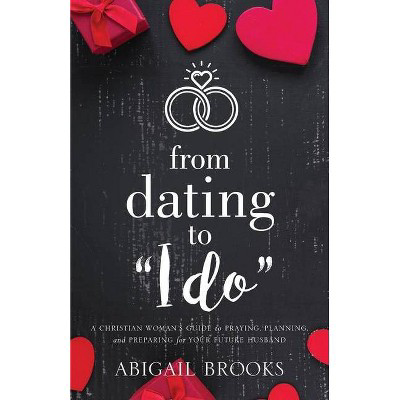 From Dating to I Do by Abigail Brooks (Paperback)

<p>"From Dating to I Do" presents a powerful combination of introspection and action designed to help you make the most out of this season of your life--while getting you ready for exciting seasons ahead.</p> Number of Pages: 118 Genre: Religion + Beliefs Sub-Genre: Christian Life Format: Paperback Publisher: Coach Abby & Services, LLC Age Range: Adult Book theme: Love & Marriage Author: Abigail Brooks Language: English 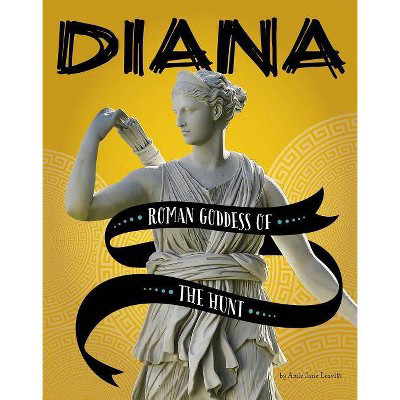 The hunt is on! This empowering and engaging narrative tells the legend of the fierce Roman goddess Diana. This divine huntress was also the goddess of the moon and could talk to animals. Hear the compelling myths of Diana's powers and learn where she fits within a family of gods. Additional facts explore Diana's role as protector in Ancient Roman and Greek culture and how the goddess's influence appears in popular culture today. Number of Pages: 32 Genre: Juvenile Nonfiction Sub-Genre: Social Science Series Title: Legendary Goddesses Format: Paperback Publisher: Capstone Press Age Range: Teen Book theme: Folklore & Mythology Author: Amie Jane Leavitt Language: English 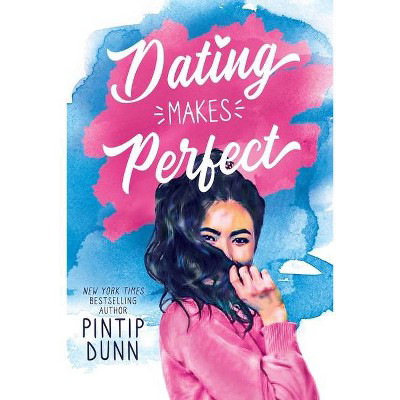 <p>The Tech sisters don't date in high school. Not because they're not asked. Not because they're not interested. Not even because no one can pronounce their long, Thai last name--hence the shortened, awkward moniker. But simply because they're not allowed. <p/>Until now. <p/>In a move that other Asian American girls know all too well, six months after the older Tech twins got to college, their parents asked, "Why aren't you engaged yet?" The sisters retaliated by vowing that they won't marry for ten (maybe even twenty!) years, not until they've had lots of the dating practice that they didn't get in high school. <p/>In a shocking war on the status quo, her parents now insist that their youngest daughter, Orrawin (aka "Winnie"), must practice fake dating in high school. Under their watchful eyes, of course--and organized based on their favorite rom-coms. 'Cause <i>that</i> won't end in disaster. <p/>The first candidate? The son of their longtime friends, Mat Songsomboon--arrogant, infuriating, and way too good-looking. Winnie's known him since they were toddlers throwing sticky rice balls at each other. And her parents love him. <p/>If only he weren't <i>her</i> sworn enemy.</p> Number of Pages: 400 Genre: Juvenile Fiction Sub-Genre: Romance Format: Paperback Publisher: Entangled Publishing Age Range: Teen Book theme: Contemporary Author: Pintip Dunn Language: English 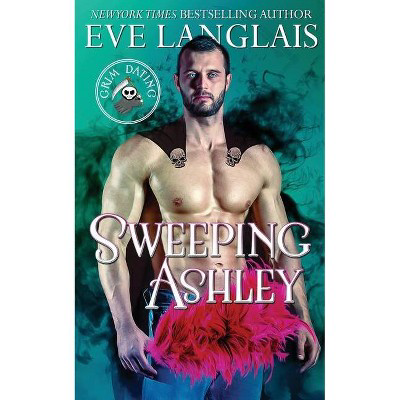 <p><strong><em>Sometimes love is messy.<br></em></strong></p><p>In exchange for some witchy powers, Ashley promised the Devil her firstborn, but when the time comes to pay her due, she has nothing to give.</p><p>With Lucifer insisting that she fulfill the terms of her contract, Ashley turns to Grim Dating for help. There's only one problem-they're having a hard time finding her perfect match.</p><p>Which is where Derrick comes in.</p><p>He's the company's problem solver; however, even he has no idea how to get a prim and proper witch to let loose. Frustration leads to him kissing her, but he never meant to seduce her.</p><p>...or fall in love.</p><p>However, his witch isn't interested in more than a one-night stand. And when an angel gets involved, the reaper realizes he'd best do a better job of sweeping Ashley off her feet.</p><p>Or risk losing her forever.</p> Number of Pages: 162 Genre: Fiction + Literature Genres Sub-Genre: Romance Series Title: Grim Dating Format: Paperback Publisher: Eve Langlais Age Range: Adult Book theme: Romantic Comedy Author: Eve Langlais Language: English