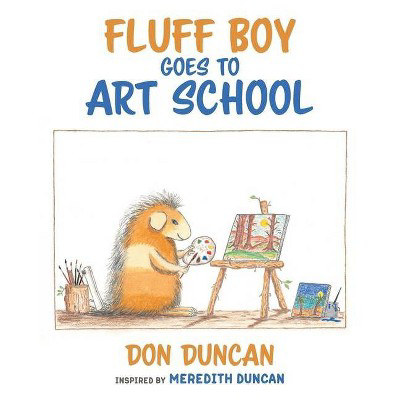 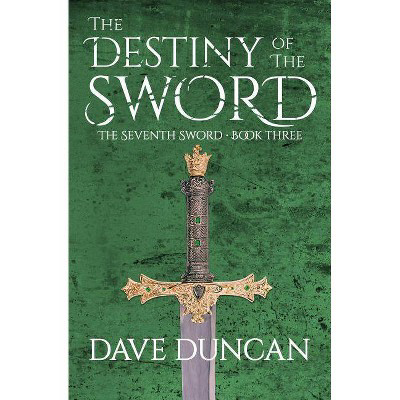 Dave Duncan (1933-2018) was born in Scotland, and received his diploma from Dundee High School and got his college education at the University of Saint Andrews. He moved to Canada in 1955, where he lived with his wife. Duncan spent thirty years as a petroleum geologist. He has had dozens of fantasy and science fiction novels published, among them <i>A Rose-Red City</i>, <i>Magic Casement</i>, and <i>The Reaver Road</i>, as well as a highly praised historical novel, <i>Daughter of Troy</i>, published, for commercial reasons, under the pseudonym Sarah B. Franklin. He also published the Longdirk series of novels, <i>Demon Sword</i>, <i>Demon Knight</i>, and <i>Demon Rider</i>, under the name Ken Hood.<br /> <br /> In the fall of 2007, Duncan's 2006 novel, <i>Children of Chaos</i>, published by Tor Books, was nominated for both the Prix Aurora Award and the Endeavour Award. In May 2013, Duncan, a 1989 founding member of SFCanada, was honored by election as a lifetime member by his fellow writers, editors, and academics. He passed away in 2018. Visit https: //www.daveduncanauthor.com/ for more information on the author. Number of Pages: 368 Genre: Fiction + Literature Genres Sub-Genre: Fantasy Series Title: Seventh Sword (Paperback) Format: Paperback Publisher: Open Road Media Science & Fantasy Age Range: Adult Book theme: Epic Author: Dave Duncan Language: English 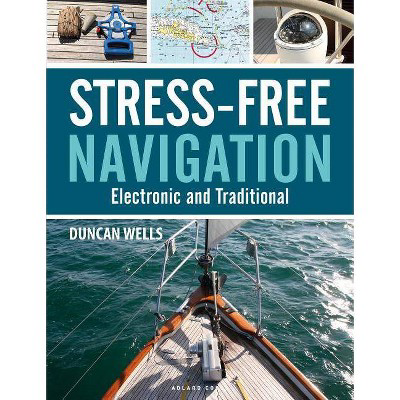 <p><b>An indispensable myth-busting guide to the reality of navigation. </b> <p/>All boaters, whether under sail or under power, need to be able to navigate safely on the water--both to keep themselves and their crew out of trouble and to avoid endangering others. Yet navigation has often been presented almost as a black art--complicated, full of tricky math, and with alien concepts to get your head around. <p/>Mr. Stress-Free having in his previous books presented techniques for sailing and motorboating in an accessible, manageable fashion, Duncan Wells now turns his attention to navigation. He makes concepts easy to understand and the practice of navigation perfectly achievable for all--with minimum stress. <p/> The book covers the basic introductory elements clearly and simply for novices, and progresses through more advanced techniques for experienced navigators, so that there is something for everyone, whatever their skill level. Diagrams, quick-reference tables and flowcharts, explanatory step-by-step photographs, box features, top tips and QR codes--giving access to explanatory videos--are all features that have been much appreciated by readers of Duncan's other top-selling titles.</p> Number of Pages: 160 Genre: Sports + Recreation Sub-Genre: Sailing Format: Paperback Publisher: Adlard Coles Nautical Press Age Range: Adult Author: Duncan Wells Language: English 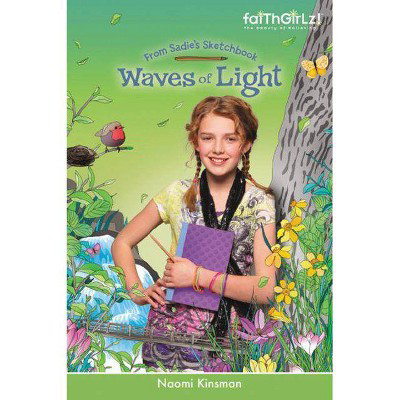 <p>Where is God when you need him? After struggling to fit into a new town and school, Sadie faces questions about her faith, family, and friendships, questioning all she has come to believe. Sadie's life is spinning out of control. Her friend moved away, her mom remains ill, and her dad wants to leave town. At least the play Sadie is helping produce appears to be going well. After all, she gets to create the sets with her art teacher's help. But even that falls apart when a flash flood destroys her teacher's home and art. How can she trust or even believe in a God who would allow all this? God isn't fair. With everything crumbling and her faith on the edge, Sadie must find strength in the God she's questioning in order to hold on in the midst of her struggles.</p> Number of Pages: 224 Genre: Juvenile Fiction Sub-Genre: Religious Series Title: Faithgirlz / From Sadie's Sketchbook Format: Paperback Publisher: Zonderkidz Age Range: 9-12 Years Book theme: Christian, General Author: Naomi Kinsman Language: English 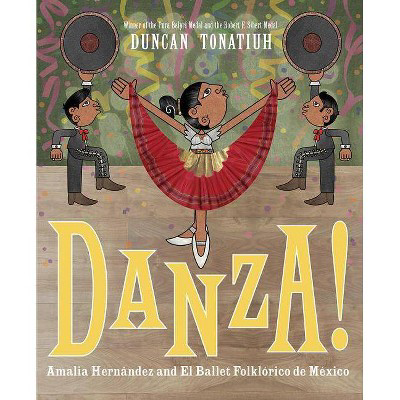 <p><b>Award-winning author and illustrator Duncan Tonatiuh tells the story of Amalia Hernï¿½ndez, dancer and founder of El Ballet Folklï¿½rico de Mï¿½xico.</b> <p/> As a child, Amalia Hernï¿½ndez saw a pair of dancers in the town square. The way they stomped and swayed to the rhythm of the beat inspired her. She knew one day she would become a dancer. <p/> Amalia studied ballet and modern dance under the direction of skilled teachers who had performed in world-renowned dance companies. But she never forgot the folk dance she had seen years earlier. She began traveling through the Mexican countryside, witnessing the dances of many regions, and she used her knowledge of ballet and modern dance to adapt the traditional dances to the stage. She founded her own dance company, a group that became known as el Ballet Folklï¿½rico de Mï¿½xico. <p/> Using his signature illustration style, inspired by the ancient art of the Mixtecs, award-winning author and illustrator Duncan Tonatiuh tells the story of Amalia Hernï¿½ndez and the formation of the Folkloric Ballet, one of the most famous and successful dance companies in the world. <br> </p> Number of Pages: 32 Genre: Juvenile Nonfiction Sub-Genre: Biography & Autobiography Format: Hardcover Publisher: Harry N. Abrams Age Range: 9-12 Years Book theme: Cultural, Ethnic & Regional Author: Duncan Tonatiuh Language: English 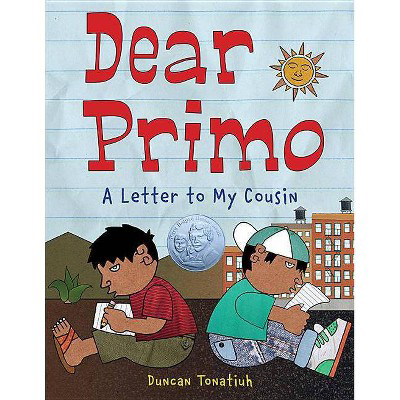 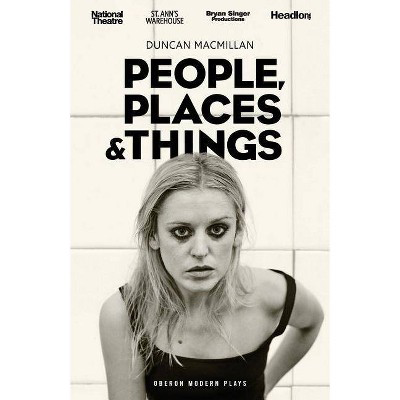 Duncan Macmillan is not the first dramatist to tackle addiction. What gives his new play exceptional vibrancy, though, is its decision to draw parallels between rehab and theatrical process, and to present the action from the addict's point of view...a vivid tale' The Guardian 'The self-destructive spiral of abuse has fuelled infinite plays and films, yet People, Places and Things is distinguished by its central question about what any of us chooses to find real, and how that choice either benefits or destroys those around us.' Time Out 'The writing is exquisitely painful. At times it feels like Macmillan has taken one of those little spoons, the ones with the serrated edge, for grapefruit, and scooped something out of you.' The Stage ★★★★★ Number of Pages: 96 Genre: Psychology Sub-Genre: Mental Health Format: Paperback Publisher: Oberon Books Age Range: Adult Author: Duncan MacMillan Language: English 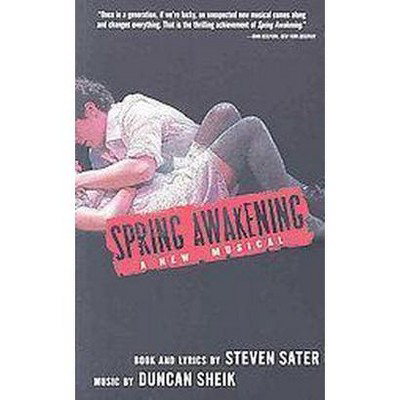 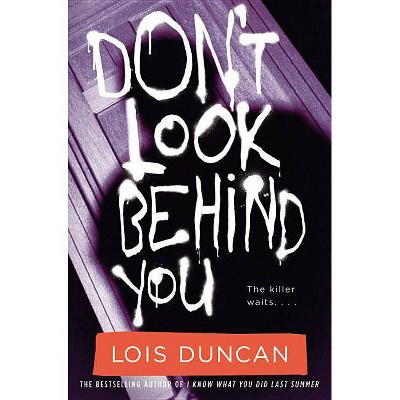 Don't Look Behind You by Lois Duncan (Paperback)

April Corrigan's life is turned upside-down when she when she learns that her father has been working secretly undercover for the FBI. When his testimony convicts a notorious drug dealer, the whole family must relocate and enter the Federal Witness Security Program. April's entire way of life changes--not just her name. And when she attempts to communicate with her boyfriend, an agent is killed. With thrills, chills, and a high-speed cross-country chase, master suspense writer Lois Duncan will leave readers breathless! Number of Pages: 215 Genre: Juvenile Fiction Sub-Genre: Social Themes Format: Paperback Publisher: Little, Brown Books for Young Readers Age Range: Teen Author: Lois Duncan Language: English 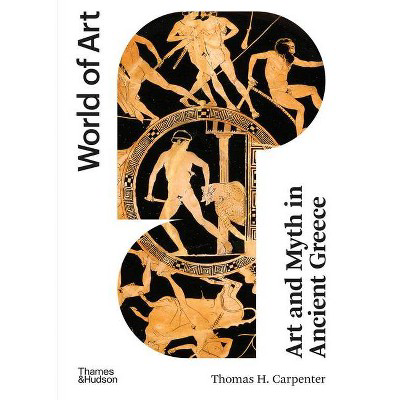 <p>The ancient Greeks recorded their mythology on vase paintings, engraved gems, and bronze and stone sculptures, offering depictions that often predate any references to the myths in literature or recount alternative, unfamiliar versions of these tales. In some cases, visual art provides our only evidence of these myths, as there are no surviving accounts in ancient Greek literature of stories such as the Fall of Troy or Theseus and the Minotaur.</p><p><i>Art and Myth in Ancient Greece</i> is a comprehensive survey of myth as it appears in Greek art. This classic volume has been updated with text and full-color images of more than three hundred scenes from Greek sculptures, vases, and gems. Aiding in the identification of mythological scenes and explaining chronological developments in style and subject matter, this book is an essential reference for anyone interested in the art, drama, poetry, or religion of ancient Greece.</p> Number of Pages: 312 Genre: Art Sub-Genre: History Series Title: World of Art Format: Paperback Publisher: Thames & Hudson Age Range: Adult Book theme: Ancient & Classical Author: Thomas H Carpenter Language: English