Fujifilm's X-T30 brings the same 26MP sensor, processor and much of the feature set of the high-end X-T3 at a more reasonable price. If that sounds familiar, it's because the relationship between the X-T20 and X-T2 was the same. With the X-T30 you get Fujifilm's latest AF system, along with plenty of direct controls and a tilting touchscreen, all in a smaller body.

The X-T30 also comes at a significantly lower price than the X-T3, with the body priced at $899, versus $1499 for the X-T3. We'll discuss what features were cut in order to make the X-T30 the less expensive of the two options a bit later in the review.

Despite its low price, the X-T30 is a very well-built camera, and its numerous direct controls make it a pleasure to use.

While other sub-$1000 tend to feel a bit cheap and plasticky, the X-T30 feels like a more expensive camera. The chassis is almost entirely metal and so are the three dials on the top plate. Those dials have just the right amount of resistance, which prevents them from turning too easily. On the other hand, the front and back control dials are plasticky and easy to accidentally rotate.

The X-T30 fits well in the hand, and the fact that it's not a 'tall' camera allows your fingers to support it from underneath the grip. The grip itself isn't large, but it does the job. In most respects, controls are well laid-out, though some people may find the joystick (new to the X-T30) is too small and placed too low on the back of the camera.

One of the things that makes the X-T30 a pleasure to shoot with are the dials on its top plate, which makes you feel more connected to the camera than having to use menus. The X-T30 has a mode dial (of sorts) that lets you quickly access continuous shooting, bracketing and movie modes (and more). The switch under that dial raises the built-in flash, which has a working range of roughly 6m/20ft at ISO 160. The flash can't be tilted back for bouncing.

On the other side of the hot shoe are dials for shutter speed and exposure compensation. While the shutter speed dial does what you'd expect, there's a neat trick it can do in the dedicated movie mode. If set the dial to, say, 1/60 sec, you can then use the rear dial to choose from video-friendly shutter speeds, like 1/48 sec. While the exposure comp dial stops at ±3, by setting it to the 'C' position you can access the entire ±5 range.

The adjacent Fn button is small and hard to reach, and is one of four physical buttons that you can assign functions to (the forth button being the rear dial, which can be pressed). One of the nice things about Fujifilm cameras is that you can change what function is assigned to a button by holding it down for a few seconds.

Fujifilm removed the four-way controller from the X-T30 and replaced it with directional swipes of the touchscreen. However, you also gain the joystick mentioned above. It's an eight-way 'stick, which makes navigating through all those AF points a bit easier. The placement of the joystick isn't great, as your finger rests on it, making it very easy to accidentally press.

Speaking of which, the location of the Q.menu button is probably the most frustrating 'feature' on the entire camera. It's incredibly easy to unintentionally press... again and again. Everyone in the DPReview office who used the X-T30 was in agreement about this one.*

The EVF on the X-T30 is an OLED panel with 2.36 million dots: pretty standard these days. By default, the refresh rate of the EVF is 60 fps, but by switching on 'boost mode' it rises to 100 fps. Fujifilm claims that's the EVF is 'blackout-free' when shooting high-speed bursts, and we'll aim to validate that in our review.

The 'Sports Finder' mode from the X-T3 is here, as well. This mode applies a 1.25X crop (lowering the resolution to around 16MP) and puts a frame around the area that will be captured. This feature helps you see when a subject is approaching or leaving the shooting area. Sports finder can only be used with the mechanical shutter.

As one would expect, there's an eye sensor attached to the EVF. Something from the X-T3 that didn't make it to the X-T30 is how the eye sensor is disabled when the LCD is tilted. This prevents the sensor from being triggered when you're shooting at the hip.

The X-T30 has a trio of ports under a door on its left side. They include a 2.5mm mic input along with USB-C and micro-HDMI sockets. Since the X-T30 supports USB-PD, the camera can be charged by portable power banks. In addition to charging and transferring images, you can also connect headphones to the USB-C port.

The X-T30 uses the venerable NP-W126S lithium-ion battery, which stores 8.7Wh worth of energy. That translates into 380 shots per charge using the LCD (per CIPA testing), which is respectable (and you'll likely get many more, depending on your shooting style). Battery life numbers using the EVF weren't provided by Fujifilm.

A rating in the range of 300-400 shots should let you shoot an event, or last for the duration of a fairly photography-focused weekend. As you'd expect, your experience will vary depending on your use of burst mode, Wi-Fi and video, and how much time you spend reviewing the images. Next door to the battery is the camera's SD memory card slot, which supports UHS-I media.

The X-T30 is a highly customizable camera, despite having just a few physical buttons. The menu systems is modern, responsive and easy to navigate using the joystick or control dials.

The X-T30 has a pretty run-of-the-mill tilting LCD. It has a resolution of 1.04 million dots and can tilt up by a little more than 90° and down by 45°. The display can be used to set the focus point, as you'd expect, and it can also be used as a touchpad when using the viewfinder. You can select the active area of the touchpad to help prevent 'nose focusing'. Moving the AF point is responsive regardless of which method you use.

You can also use the touchscreen to adjust settings on the customizable Quick Menu. When you tap on a box up to five options are shown, and if there are more, you tap the tiny arrow on the right side of the list, which isn't as easy as it sounds. We found that it's quicker to use the control dials to navigate through the options than our fingers. You can half-press the shutter release or press the 'Menu/OK' button to confirm the selected setting.

If you're shooting video and don't want to use any dials (which makes sense, as the clicking noise can be picked up by your microphone,) there's a feature called 'Movie Silent Control' available. You can adjust the exposure, ISO, mic/headphone level, wind filter, white balance and Film Simulation without touching a physical button. The problem is that the virtual buttons are tiny, which makes it difficult to select the setting you want. Let's hope Fujifilm is listening and can enlarge those virtual buttons a little bit.

On the plus side, you can use the joystick to navigate the on-screen buttons. And, more importantly, engaging Movie Silent Control ensures you have distinct video and stills exposure settings, which makes it easier to jump back and forth between the two.

There are four physical buttons on the X-T30 which can be customized, which includes pressing the rear dial inward. The seven pages worth of options are far too many to list here, but rest assured that virtually every function is available for assignment. You can also 'swipe' the LCD in four directions as another way to adjust settings.

If you don't want to wade through the enormous menu system on the X-T30, you can easily create your own 'My Menu'.

The X-T30 offers three Auto ISO settings, each of which allows you to define a minimum and maximum ISO setting, along with a shutter speed threshold at which the camera should increase ISO. There's an Auto option to link this to focal length but no way to bias this faster or slower.

While you can't assign the minimum shutter speed to a custom button, you can assign ISO and from there use the joystick to adjust the value fairly quickly.

Auto ISO can be used in manual mode for both movies and stills, and can be used in conjunction with exposure compensation, so that you can select your shutter speed, aperture and target brightness, then let the camera maintain them using ISO.

The X-T30's hybrid AF system has been dramatically improved compared to its predecessor. It now has phase detect points that cover the entire frame along with improved low light sensitivity and face/eye detect performance, according to Fujifilm.

The X-T30 offers four AF area modes: Single Point, Zone, Wide/Tracking and All (which is essentially an easy way to cycle between the other three). In Single Point you can manually select from 117 or 425 points.

Fujifilm claims that the face and eye-detection system has been overhauled since the X-T20. It's better, but still not great. The X-T30 can detect faces and eyes fairly well (except for those wearing glasses), though it sometimes rapidly jumps between the faces and eyes in the scene as it loses one face and finds another. It will often switch between eyes if it's set to 'Auto', unless your subject is still. When the camera loses a face, it returns to whatever mode it was in before (zone, single-point, etc.)

The X-T30 lets you move from face to face using the touchscreen or the joystick. In practice, it can be frustrating to use, since - at any given moment - the person you wish to focus on may or may not be detected as a face. The system will overrule your choice if the subject looks away, switching to any other face it can find. As before, the camera will go back to its previous AF setting (showing a box for the focus point) if the face disappears.

Speaking of overriding, face detection will always take priority over the AF mode you've selected. For example, if you've pre-selected a focus point and a face appears, the camera will focus on the face instead, regardless of how far it is from your selected point. You can use the joystick to get control back, but the camera will latch back onto the face almost immediately. The best option for normal shooting situations may be to turn face detection off entirely, and customize a button to toggle between whatever your current face-detect setting is and 'off'.

When most people think about manufacturers that produce cameras that are excellent at both stills and videos, Fujifilm probably isn't a name that comes up. The truth is that Fujifilm's X-T2 was already a very capable video shooter, and the X-T3 was even better, earning its place as one of the best stills/video hybrids we've tested.

At the UHD 4K resolution the X-T30's video looks great, capturing a bit more detail than the Sony a6400, and holding its own against some of the most capable video/stills cameras, like the Sony a7 III. The quality of the X-T30's DCI 4K footage is fractionally softer than UHD.

Dropping down to 1080, the X-T30 has a large advantage over the Sony a6400. It's a lot closer to the Panasonic GX9 (which is over-sharpened, in our opinion) but doesn't reach the same level of detail as Panasonic's GH5.

Something else to take into consideration is rolling shutter, which (among other things) makes straight lines 'lean' as you rapidly pan the camera, or if a fast-moving subject passes in front of the camera. We've measured the amount of rolling shutter on the X-T30 and found it to be very low, and much better than on Sony's a6400. 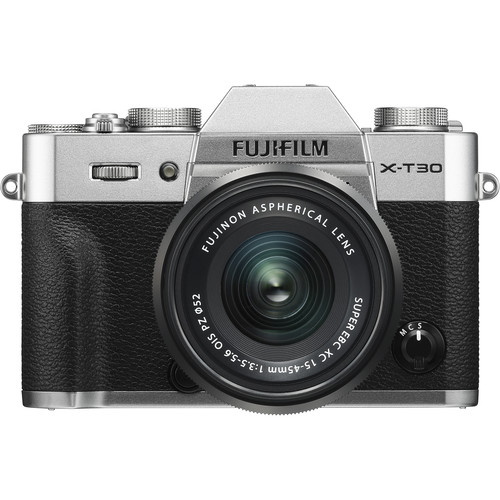 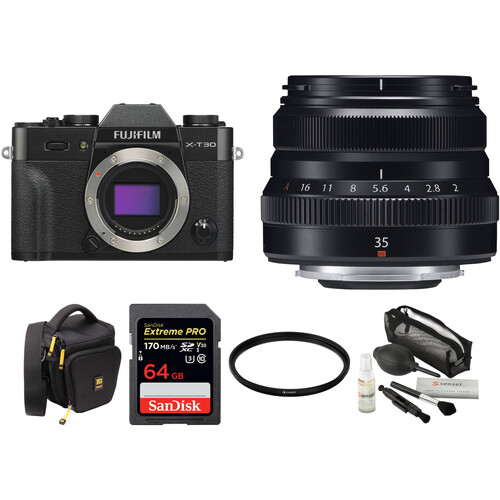 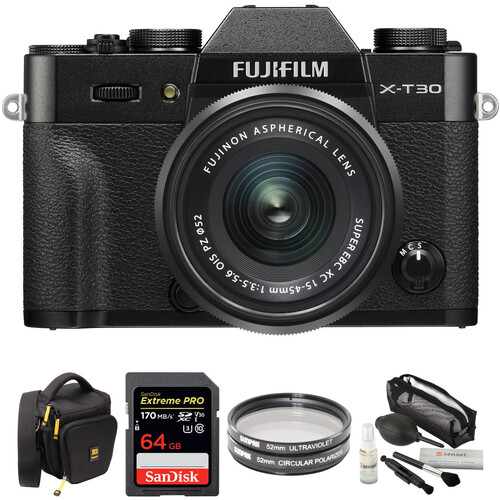 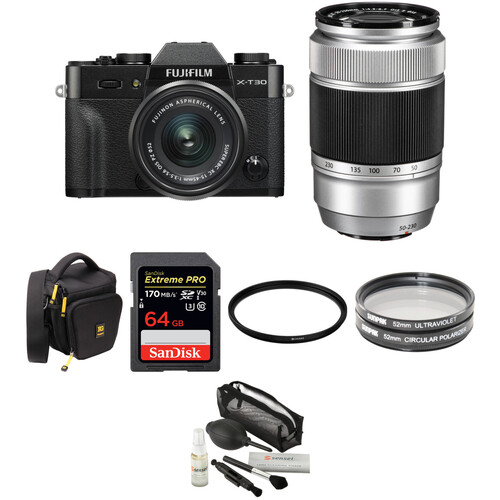 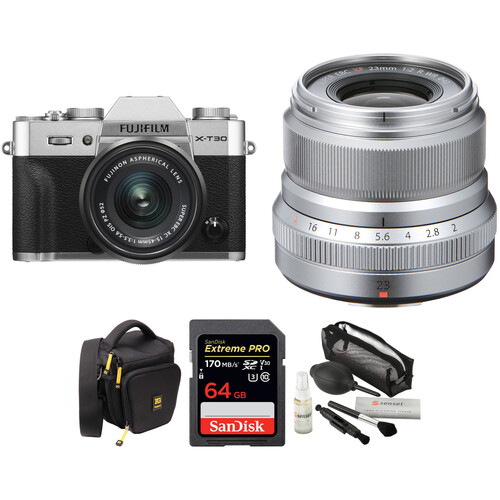 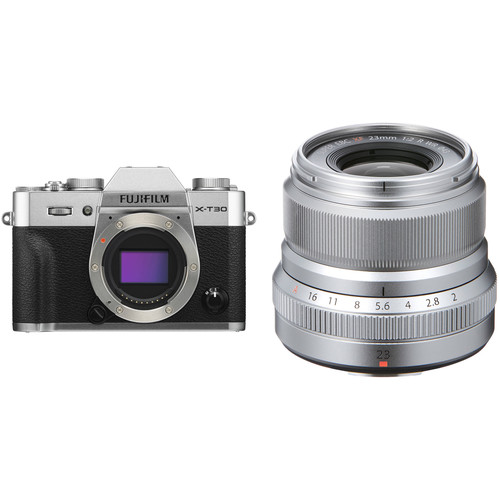 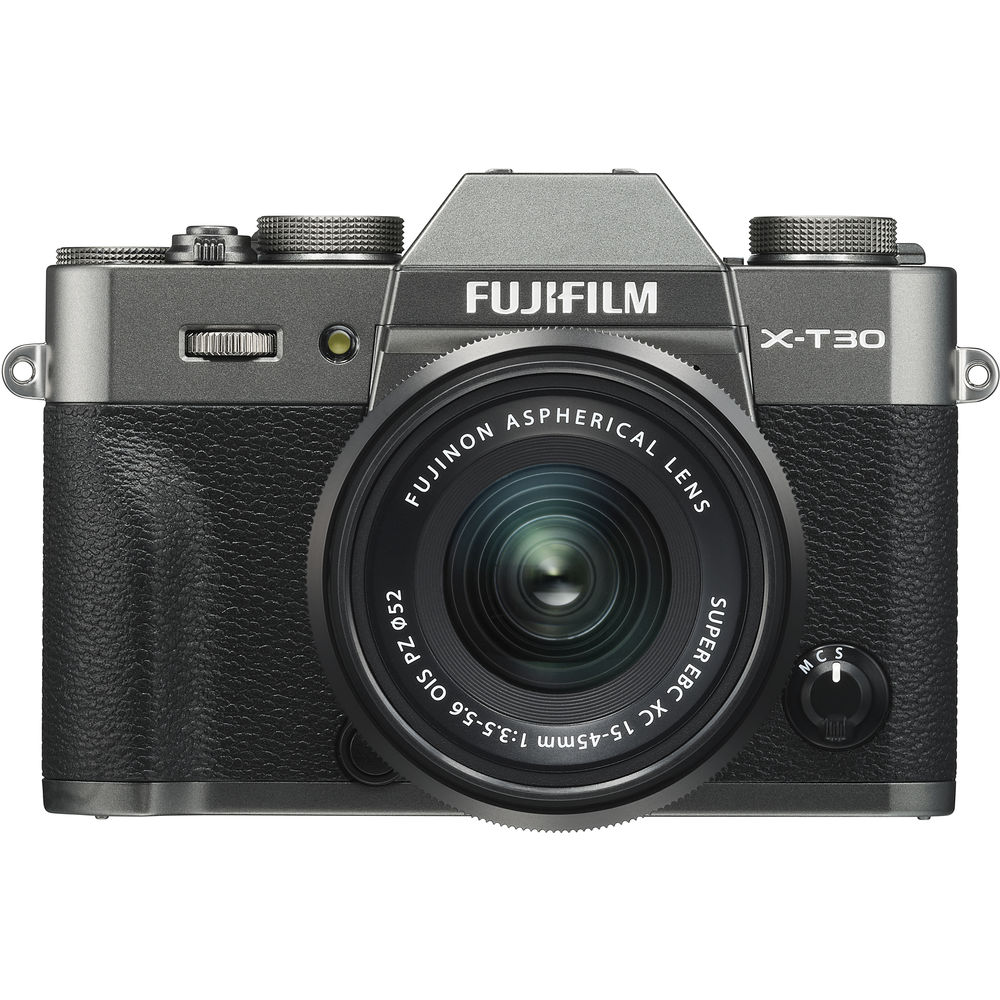 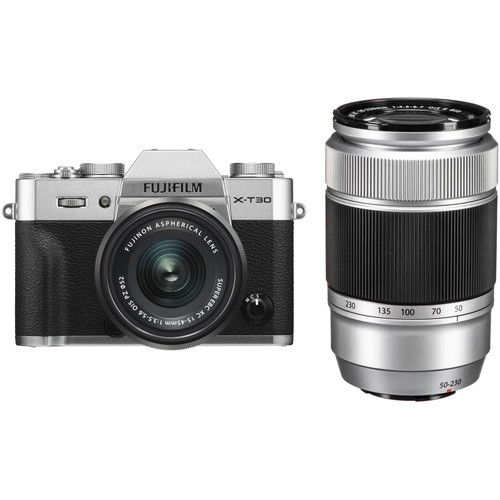 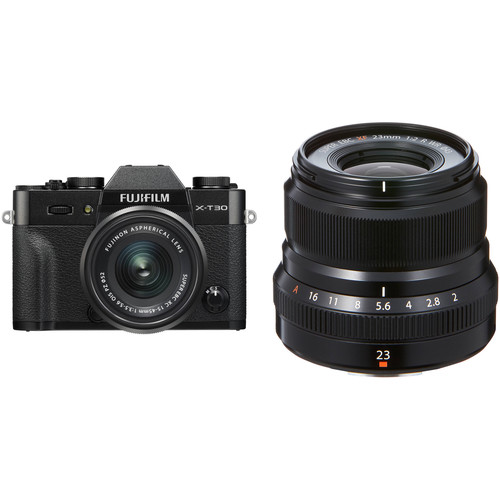